The first step towards a Caribbean Single Market and Economy (CSME) supported by digital cross-border payments could be realised if Prime Minister of Barbados, the Honourable Mia Amor Mottley, is successful in achieving her goals. At the October 2018 launch of the Barbados Regulatory Sandbox, Prime Minister Mottley stated “[Barbados is] definitely interested in being able to facilitate better inter-regional payments, particularly for trade. One of the things we’re very conscious of is that we use a lot of hard currency (foreign exchange) within the region”.

The CARICOM (Caribbean Community) Multilateral Clearing Facility of the 1970s was an initial but evidently flawed attempt at creating a system of direct settlement (without the use of US dollars) among the then Caribbean Free Trade Association (CARIFTA). This experiment demonstrates that the idea of direct intra-regional settlement is not new, but that the actual solution and mechanics are challenging, especially given that some of the Caribbean’s currencies are pegged to the United States Dollar (USD), while others float. Consequentially, the region relies on correspondent banks outside of the Caribbean to facilitate its intra-regional transactions, and challenges persist with respect to having sufficient foreign currency reserves to facilitate the same.

The Bank of Canada, Bank of England and the Monetary Authority of Singapore have already explored opportunities for digital cross-border payments. This was met with appreciation in November 2018, at the Singapore Fintech Festival from the Managing Director of the International Monetary Fund (IMF), Christine Lagarde, who said the initiative demonstrated “exceptional vision”. One can infer that CARICOM’s Multilateral Clearing Facility of the 1970s was beyond visionary, but was probably ahead of its time.

Barbados-based FinTech company Bitt, envisions the region’s respective central banks issuing their own digital currencies (CBDCs) as a cost-effective and viable solution the current challenges to regional trade settlement. According to Sade Jemmott, General Counsel of Bitt, in a recent paper on the topic, “…the reality is that multiple, unexchangeable currencies within a single market or economy is problematic, but the establishment of a monetary union in CARICOM [Caribbean Community] is highly unlikely. In the absence of a common currency, which would require deeper monetary and fiscal convergence than is presently possible, financial technology may present a solution to the region’s challenges by facilitating the next best thing – direct currency convertibility”. In the words of Jemmott, “the real significance of this for the Caribbean would be that free movement of capital could finally be a reality…”.

Eventually, the vision is that digital bilateral currency swap agreements will be established between each country within CARICOM, such that little or no intra-regional trade or remittance flows will require hard currency for settlement. Instead, each payee will receive funds in their own domestic digital currency, via a digital wallet on their mobile device. 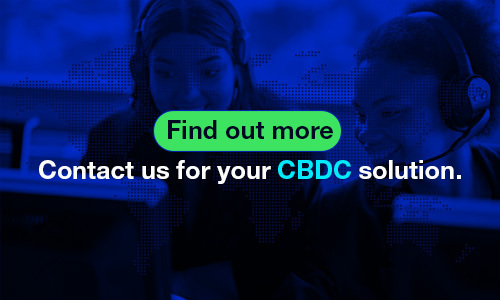