Blog Sept 15th Is A Great Milestone for (Open-source) Software

Sept 15th Is A Great Milestone for (Open-source) Software 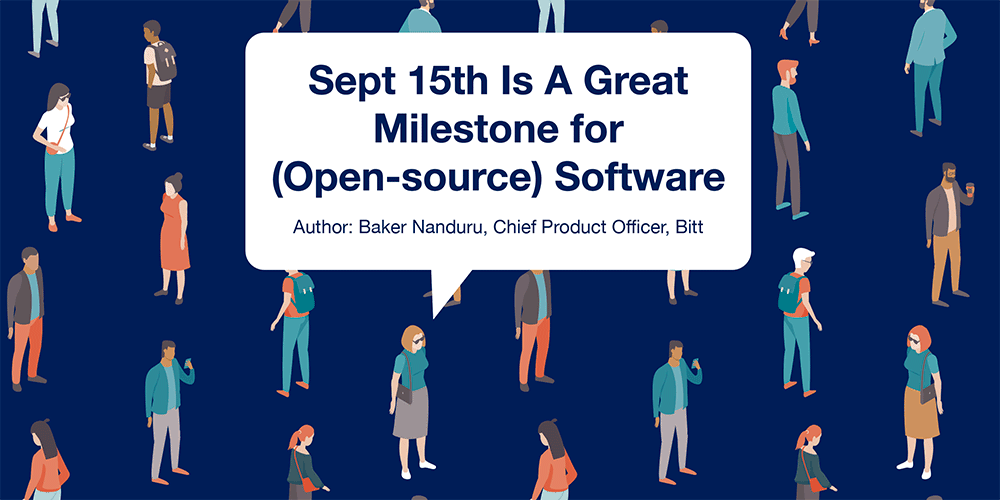 Software evolution in the last 50 years is nothing short of breathtaking, growing from a niche discipline, with a handful of experts creating and using it, into a quintessential discipline that is now created by millions of people and used by everyone on the planet. Software transformed our lives from computers to the internet to the smartphone to blockchain/crypto and impacts almost every facet of our lives.

In the last 25 years, there has been a massive shift in the way software is engineered and maintained and one of the drivers behind it is open-source software. Born in 1983, as a GNU project that guaranteed the rights of end-users to run, view, and share code freely, it took off in 1999 with Apache and Linux foundations. The open-source software model originated as a revolt against unfair profits that closed-source software companies like Microsoft, Oracle, SAP, and other monopolies were reaping in the late 1990s. The software started with the most used components like operating systems, browsers, web servers, databases, and development tools. We have witnessed the evolution from Linux, Apache, and Ubuntu to MySQL, Kubernetes, TensorFlow, Bitcoin, Ethereum, and many others. We now have thousands of open-source software tools, applications, and libraries, widely used by every enterprise and consumer daily.

Open-source software is built by passionate developers around the world with extreme transparency and a loose governance model. Many open-source thought-leaders, like Richard Stallman, and Travis Torvalds, set the foundational values that paved the path for the many new open-source advocates and the proliferation of open-source software globally. In the last decade, this movement thrived, evolved, and was embraced by many enterprises including large companies like IBM, Google, and Microsoft.

Blockchain is the next evolution of open-source software. Previous generations of open-source software like Apache, Linux, etc. developed significant software upgrades many times but these upgrades were isolated and controlled by the enterprises and users. If the users and enterprises do not like the upgrades, they could: use older software versions for several years or test the upgrades in isolated environments before a broader roll-out; or use alternate software with planned transitions or get professional services to help to make the upgrades smooth.

In the case of a blockchain L1 network, the software is running on thousands of computer nodes with no single owner. The software upgrades are planned years in advance and go through a comprehensive evaluation process by core developers. They are not controlled by end-users, app builders, or investors. They impact hundreds of billions of dollars of value held on-chain by global citizens. They impact thousands of apps ranging from financial technologies, supply chain, gaming, NFTs, and many others. They do not have easy roll-back options. In real-time, the progress and setbacks are visible to millions of users, businesses, and investors. On top of this, many crypto skeptics are worried about the broader democratic community movement and crypto progress. Layer 1 blockchain software upgrade stakes are very high.

Behind the scenes, thousands of developers are working extremely hard to plan a multi-year roadmap, agree on the key improvement proposals and bug fixes, develop code, test it thoroughly, produce a fix, and actively communicate with the stakeholders. This community progress is made not through the fiat of a single sovereign, but through the good-faith coordination of unallied global citizens, none more entitled to power over another. All these factors make blockchain L1 major upgrades like Eth 2.0 Merge a high-stakes event with a unique decentralized community model that boosts the viability of open-source evolution.

Ethereum (ETH) is the cornerstone L1 blockchain for the crypto movement. Ethereum has a total market capitalization of $219 billion, is used by ~3000 distributed apps, and has a huge developer ecosystem and 4000 monthly active developers. Eth 2.0 is an upgrade necessary for Ethereum’s future. In its current state, users pay ridiculously high gas fees, during periods of high activity, experience long transaction validation times, and are using a fair amount of energy during the process. The merge is estimated to reduce energy consumption by 99.5%, alongside a 90% drop in issuance of the ETH tokens. This merge is six years in the making and sets a path for additional future roadmap items like sharding and rollups, which will further help scale the platform.

A successful merge boosts confidence in the broader crypto and open-source community. The community can celebrate success as proof that social progress can be achieved with shared goals, good values, and good-faith coordination of diverse global citizens with no designated sovereign. Core values of Ethereum like humility, teamwork, collaboration, curiosity, and honesty, are relevant and thriving. The decentralized community is here to stay and ready to take on harder global societal problems. This will be a great software engineering feat that boosts the crypto and open-source community’s beliefs. We wish the community the best of luck with a successful Ethereum 2.0 merge. 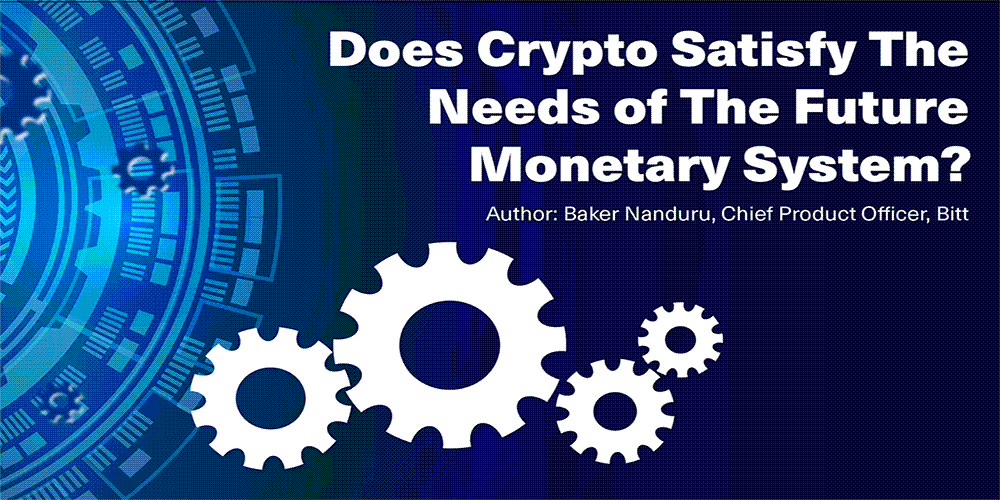 Does Crypto Satisfy The Needs of The Future Monetary System?